Being Human is Not a Sin

I want to talk about something that made me really sad.
My friend and I were having a chat on Marco Polo and she was talking about her severe anxiety. She told me how she’s not in therapy and how she knows what she needs to do to fix it. Exercise. Eat well. Go to bed earlier. She talked about going to bed late as if it were a sin. Something rebellious she needed to give up in order to become more like God.
Then tonight another woman talked about how she sometimes eats too much. How her favorite sin is gluttony. How the only time she can overcome this is through prayer and so much work on her part.
See, here’s the thing.
One thing I refuse to believe about God is that God wants us to repent for being human.  I do not believe that God thinks we need to REPENT when we stay up later than we meant to. I do not believe that food is a moral choice. I DO NOT BELIEVE THAT BEING ANXIOUS OR DEPRESSED IS SOMETHING WE SHOULD FIX BY PRAYING IT AWAY.
When I listened to these dear women speaking, I wanted to hug their bodies until they could feel my hug in their very souls. I want them to feel and know what I feel and know: that God is love.
Perhaps it’s the woman in me who has been through cognitive behavioral therapy, perhaps it is just my compassion for people who are suffering, maybe it is my hard-won, deeply therapized self-compassion, but I do not believe that things that are behaviorally human are necessarily sinful. And I believe that if we have behaviors that we want to change, we should view them as exactly what they are: behaviors. They are not moral failings and character flaws and things we need to tell God we are sorry about at the end of the day. They are behaviors. Behaviors that humans can change if we choose. But they are not inherently moral. They have nothing to do with how much we love other people. How kind and generous we are.
And if I want to change a behavior, wouldn’t it be so much more compassionate if I went about it cognitively without the weight of moral judgment?? If I worked on it behaviorally without any judgment attached?  Wouldn’t it be easier if I gave myself permission to be human and permission to sometimes stay up too late and eat too much because THAT’S WHAT’S IT MEANS TO BE HUMAN? and then I could work on small changes to behavior that over time helped me with going to bed earlier?
And then if I wanted to pray for anything, it would be for God’s grace to descend on me as I try to be more kind and patient and loving and forgiving. Because of the world needs anything, it’s that.
Posted by Liz at 9:32 PM 1 comment: 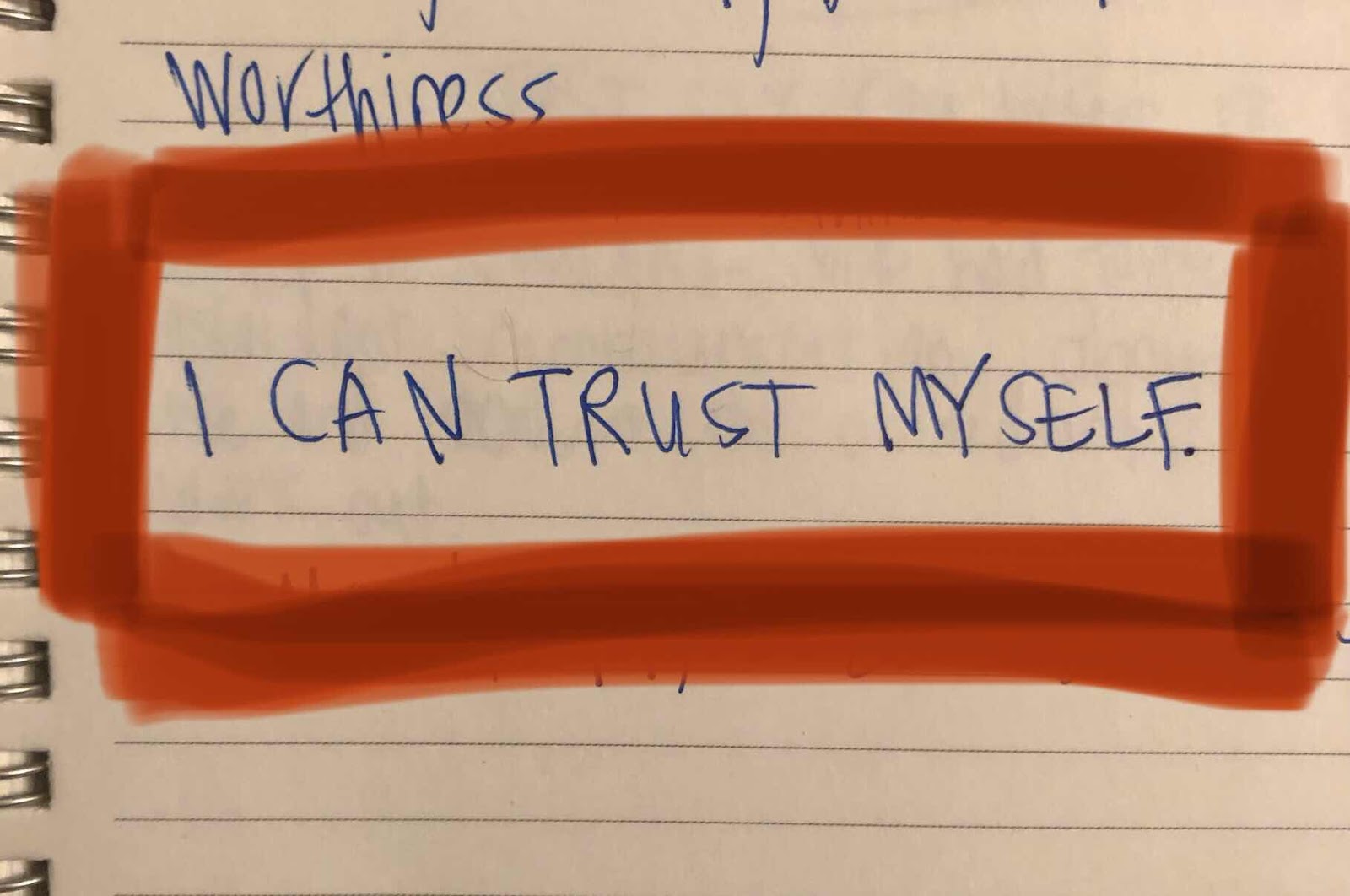 What if this was the only thing I ever learned at therapy? That would be worth it. But this was only one of the very important things I walked away with today. If you feel stagnant or you want more from life, I recommend therapy. Therapy has changed my life. ❤️
Posted by Liz at 8:32 PM No comments:

My boyfriend, the one I’ve been dating just about since my last post, broke up with me recently. When I say it was out of nowhere, I mean it was the most unexpected breakup I’ve ever experienced in my life. I spent a full 36 hours feeling shell shocked before I had a moment inspired by (500) Days of Summer.

We had been working on avoidant communication patterns. At therapy, as well as in small interactions where I tried to teach him that it is okay to deliver news to someone that will let them down. Even if that someone is me. It’s okay to hurt my feelings. It’s better to do so sooner than later. That he deserved to express his feelings honestly and that a partner in a relationship deserves to hear how you truly feel about things.
And then, in the culmination of avoidant communication, he broke up with me and didn’t really tell me why. At first I wanted a reason. But as I “looked again,” I don’t actually think that I need a reason.  When I looked back on things, I did so through the lens of avoidant communication. I was able to see that even if I don’t really know the reason for the breakup, for me, a breakup is reason enough. I don’t want to be with someone who can’t or won’t communicate openly about problems and feelings. Big or small. I want clarity and honesty and genuineness and kindness. Avoidance isn’t kindness. It’s dishonesty. Being nice when it isn’t honest isn’t actually being nice. It’s a lie.
And so I add that to another of my hard-learned lessons in life. And I say again: people can change. Problems can be solved. Many problems can be solved fairly quickly by solving a basic communication issue. With a few sessions of therapy. But if only one person wants to solve problems, relationships can’t be successful. I can’t do the emotional work of two people. And in that way, he probably saved me a lot of time and effort trying to fix issues that weren’t mine to fix. Doing work that wasn’t my work.
And now I am free to clear my chalk board and start looking for architect jobs. Metaphorically speaking.

Waiting for a flight after ankle surgery 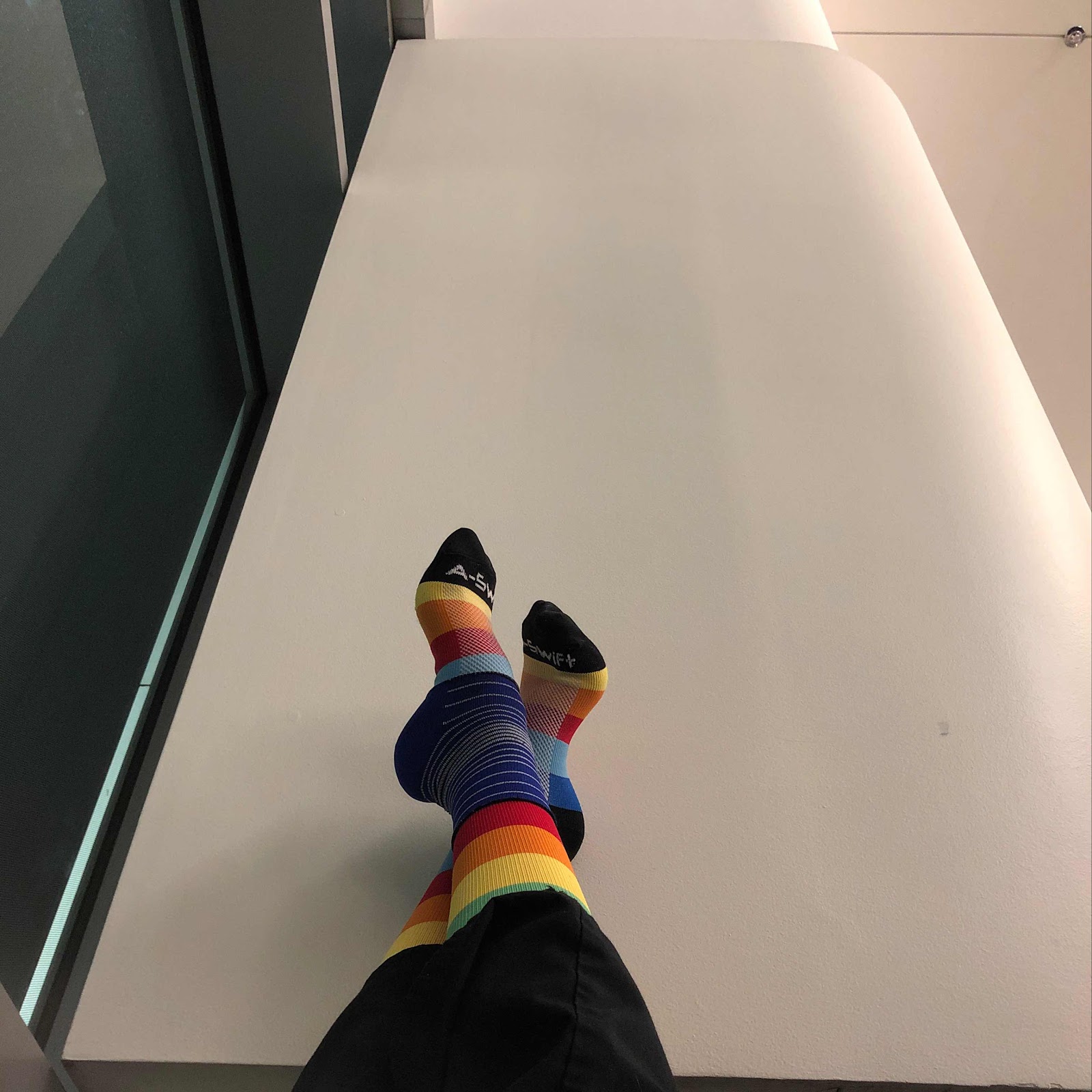 Legs up the wall for the ankle swelling.
Posted by Liz at 10:53 PM 2 comments:

We sometimes get calls at work to be on standby for a trauma one from EMS or lifeflight. And it doesn't ever come in. It gets canceled. The OR can go back to business as usual and the trauma surgeon can proceed with the next case.
And there at the other end of the call, a nurse or a paramedic, probably covered in blood and sweat, is telling a family that their lives will never be the same. Somebody's life just ended and the entire world around them will be forever shifted.
Traumatic deaths remind me every time of how fragile our days are. How lucky we are to have them. How quickly things can shift. Traumatic survivals remind me what is real and necessary and important in life. It is a filter for the unnecessary. For excess.
A man a year out from his wife's Traumatic injury told me this week how her severe injuries and time in the ICU turned her inward, made her reevaluate her life and her self and her priorities. But for him and his sons, it pulled them toward each other. It erased for him all the triggers for fights that he used to think were important. He realized what was trivial. He is gentler. He lost his taste for argument.  He learned the actual depth and strength of his family.
Tragedy surrounds us. Sometimes it feels like it engulfs us. Sometimes it feels like a rising storm that will never abate. But in all of this, there is, to me, a great sense of calm. A sense of the importance of living life while we have the chance, and of knowing that someday when it is shaken or broken or ended, it will somehow be okay.
Posted by Liz at 3:38 AM No comments:

Even though he moved to Indiana. 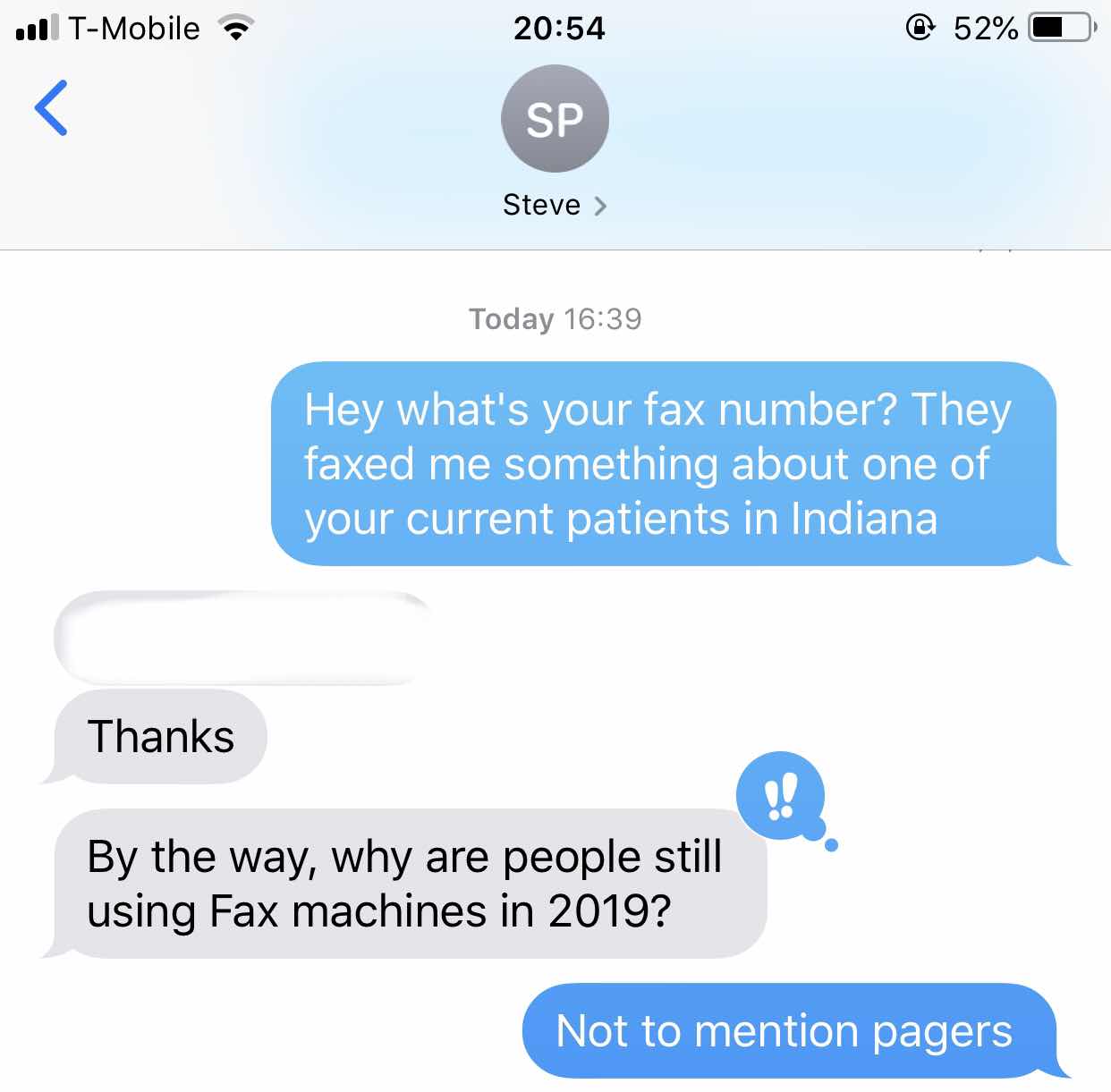 Mary Oliver recently died. It's a sad loss for poetry. She was one of my first five. Richard Shelton. Sherman Alexi. Mary Oliver. Billy Collins. That one poem by Stephen Dunn about when his friend died. The part from his own that kept running through my mind after she died: 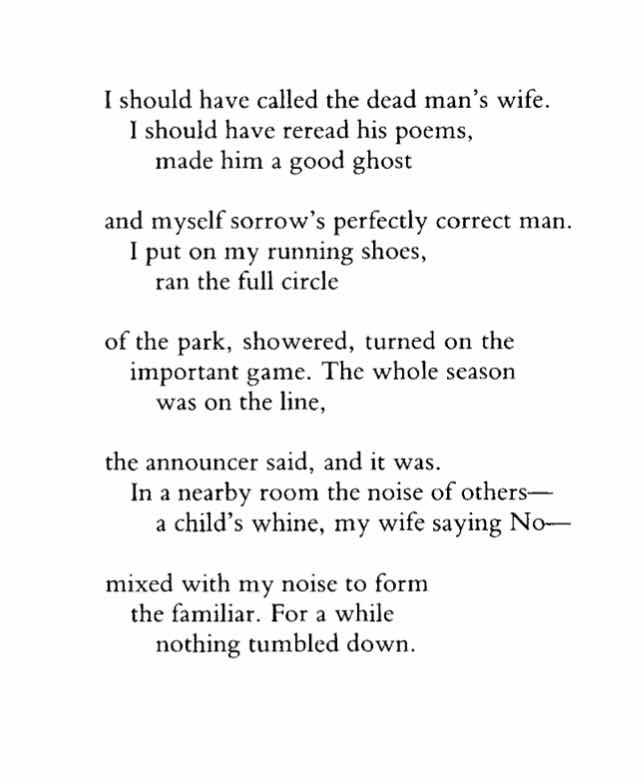 There were so many men then. I wasn't a feminist yet. I didn't know that the world of writers was dominated by men, especially white men, and that one day I would find that disheartening and disconcerting. I only knew that I liked Mary Oliver okay and that Ashley loved her. But what I came to realize over time was that while I loved poetry, the best poetry for me would often be put to music. Lyrics would often be what I found most moving.
So today in honor of poetry. I'm going to post a poetic and beautiful song. My favorite lines are highlighted.
Big Black Car
You were a phonograph, I was a kid
I sat with an ear close, just listening
I was there when the rain tapped her way down you face
You were a miracle I was just holding your space
Well time has a way of throwing it all in your face
The past, she is haunted, the future is laced
Heartbreak, you know, drives a big black car
Swear I was in the back seat, just minding my own
And through the glass, the corn crows come like rain
They won’t stay, they won’t stay
For too long now
This could be all that we know
Of love and all
Well you were a dancer and I was a rag
The song in my head, well was all that I had
Hope was a letter I never could send
Well love was a country we couldn’t defend
And through the carnival we watch them go round and round
All we knew of home was just a sunset and some clowns
Well you were a magazine, I was a plain jane
Just walking the sidewalks all covered in rain
Love to just get into some of your stories
Me and all of my plain jane glory
Just me and all of my plain jane glory
Songwriters: Gregory Alan Isakov

This book has been on my to-read shelf for quite a while. Little did I know that Ayn Rand perfectly described anxiety in 1957. On the first page of the book. So that's promising.

This movie was every bit as stressful and beautiful as you might expect. This is me and my scooter waiting on the ramp outside for Alta to come get me so I didn't have to do snowy steps because, unlike Alex Honnold, I do not like to take unnecessary risks. 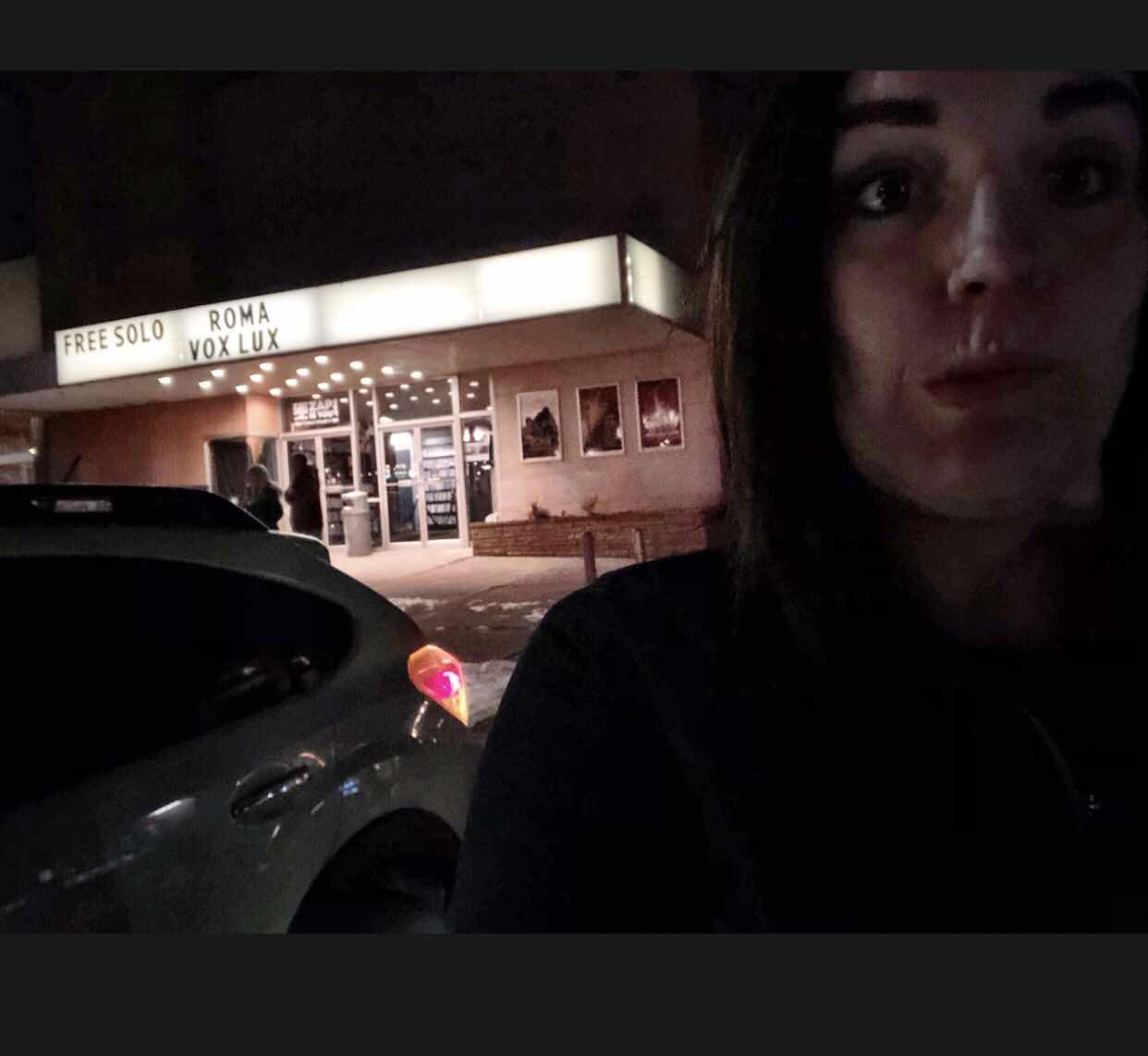 Don't worry, the stark contrast did not go unnoticed in my brain.
Posted by Liz at 9:26 PM No comments: 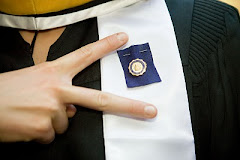 Liz
Utah
I'm five ten and a half. I save lives. I cycle. I yoga. Sometimes I swim. Watching baseball is sort of what I live for.